Spending Easter 2001 on the Ross Revenge

A report by Alan Beech

All pictures by Richard Kuttschreutter

A longish update on work onboard the Ross during the last 7 days. The members of the regular engineering crew, plus additional visitors made it onboard on Saturday afternoon, 14th April, and after fixing a mysteriously blown fuse on the generator (it was fine when last switched off) brought the ship to life. 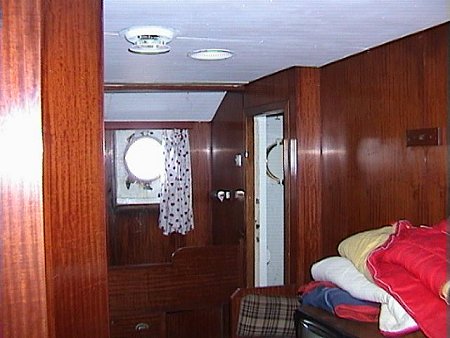 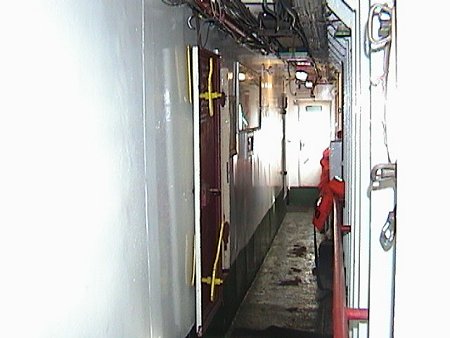 During the week, the starboard forepeak/storeroom was gutted, painted white, and had new power sockets and fluorescent lights installed. If you are familiar with the Ross you will know that this was previously a dark dingy hole, lit by a couple of 60 watt light bulbs. Once the new lights were switched on several interesting items from the Ross's past were discovered stashed away. 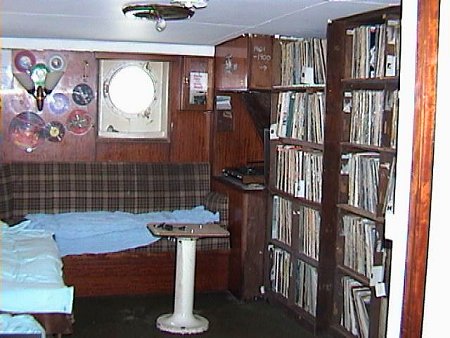 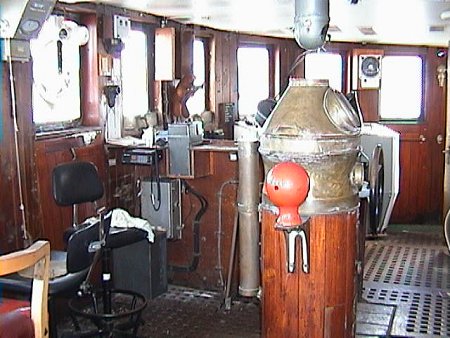 Re-wiring of the lighting and power sockets in the generator and Tx rooms, is now complete, with just a few loose ends to tidy up. This, along with the new forepeak electrical systems, means that the entire forward end of the ship has been completely rewired in the past 18 months. 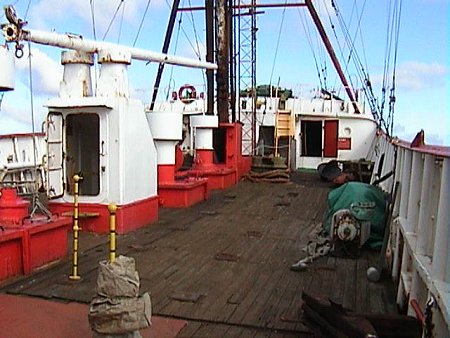 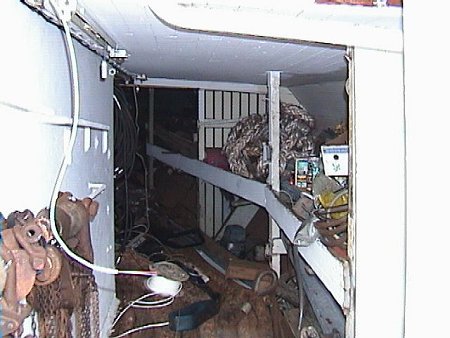 Much of the ships original wiring in these areas was in a very poor condition, and a lot of the wiring installed in 1982 when the ship was fitted out for broadcast was also showing significant signs of age and deterioration. Everything is now properly fused, and RCD circuit breakers are fitted on all sockets to improve safety in the damp conditions. 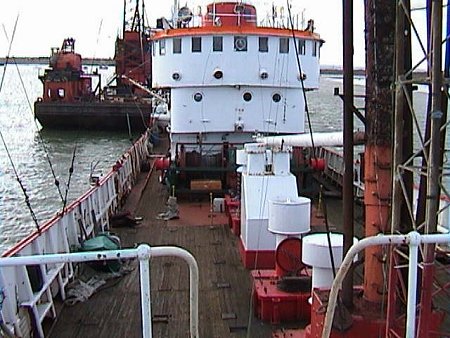 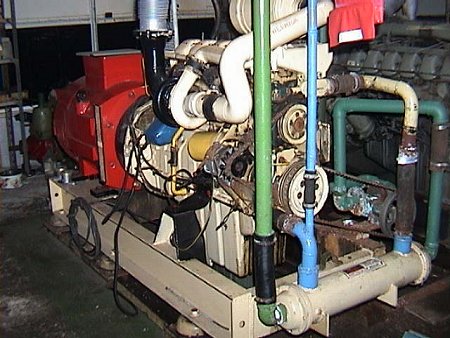 The "deck generator", the 6 cylinder Perkins (used to be in a BT trailer), has had much of its 12 volt electrical system rewired. This had been the main generator for the past 3 or 4 years, and a number of "bodges" had taken place to keep it running. It can now be started with the push of a button, and a new set of battery cables also means the battery is securely located in the forepeak, away from the rain and cold. 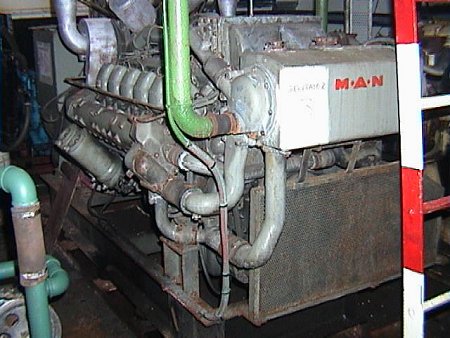 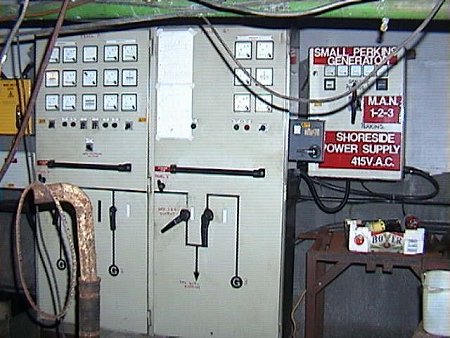 Previously, starting the generator involved standing on the damaged battery cables, and wedging a bent screwdriver shaft across the starter solenoid! After a few sparks and fizzles it would usually start. Nowadays, this generator is used as a second line, used when extra power is required, for some pumps, anchor winch, and electric welder. Once a suitable fuel cut-off solenoid can be acquired, the low oil and high temperature shutdowns will be re-enabled.