In the engine room work progresses on replacing much of the clogged up and ancient pipework. Enough pipework has been removed to allow access to the bilges, which have now been scraped clean of 40 years of accumulated gunk, (we have a large pile of this on deck, and will happily bottle it and sell it to anyone who is interested!). New pipes have been manufactured and welded up and are now in place - no mean feat when you consider the weight of these, and the contortions required to get them into the right place in the engine room. 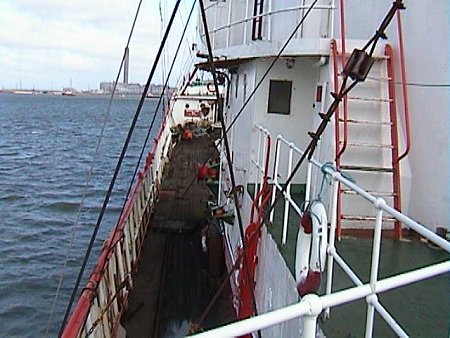 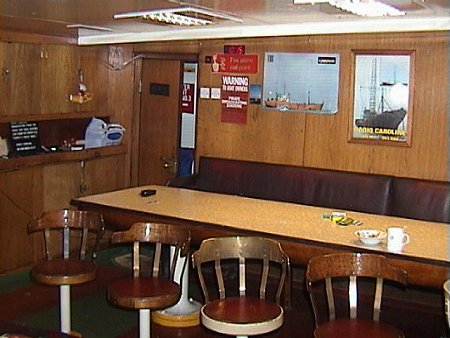 During the one day of sunshine, one side of the superstructure was given a fresh coat of white paint. Concerns have been raised about the structure of the rear tower - for 12 years this has stood held only by the temporary rigging installed when it was erected. Although the front tower was fitted with additional rigging whilst at sea, resources at that time meant that work on the rear tower was never completed. It is now expected that the top section, possibly two sections will have to be removed this year. It is not worth the expense of re-building this tower, as we have the "new" tower sitting in a farmyard ready to go up (finances permitting!). 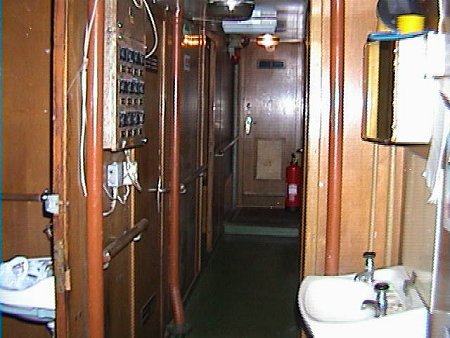 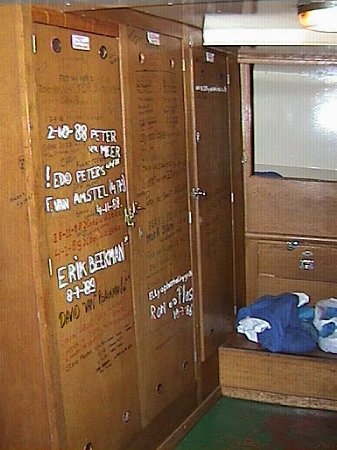 A team of professional riggers has hopefully been located and things may move rather quickly on this front - so get those photographs whilst you can!! As I am sure you will appreciate, over the past 24 months, the Ross has been operated very much on a shoestring, as most of the organisations finance has been invested into the satellite output, a situation which will probably continue for the foreseeable future. 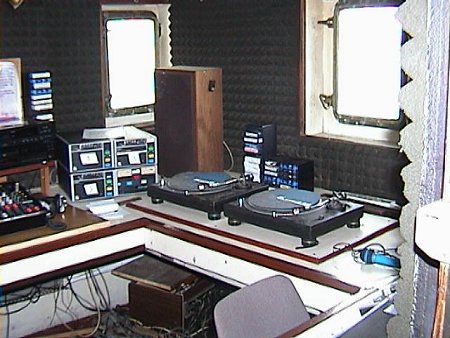 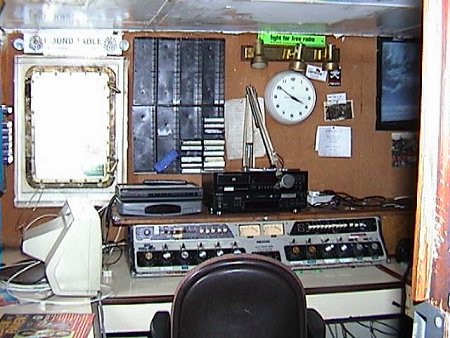 And finally, the 24 volt battery lighting system has been partly repaired. This was installed during the early-mid 90's and had fallen into disrepair in the past few years. A new set of fork-lift truck batteries should see this system capable of maintaining lights overnight thus allowing the generator to be shut down, saving roughly 25-30% of fuel costs. The "auto-switch" function has also been reinstated, so that the lights will come on automatically on failure of the generator. (saves groping around in the dark to find a torch, or falling down the steps!) 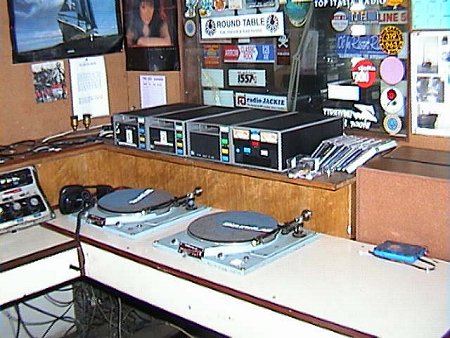 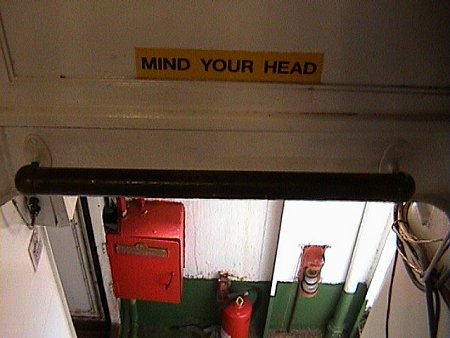 Negotiations are underway with two major locations for the ship to be opened up to the public this summer/autumn. Both have the potential to generate significant revenue and publicise the satellite service. As the Maidstone studio is now fitted with an ISDN line, and the necessary codecs and terminal adaptors are available, there is every possibility that satellite programmes can originate live from the Ross. (The ISDN facilities were not available in 1999 when the ship was in Southend). Keep your fingers crossed everybody. 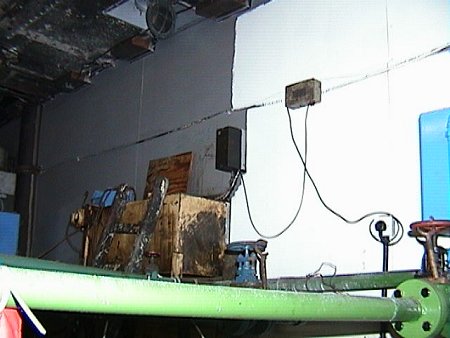 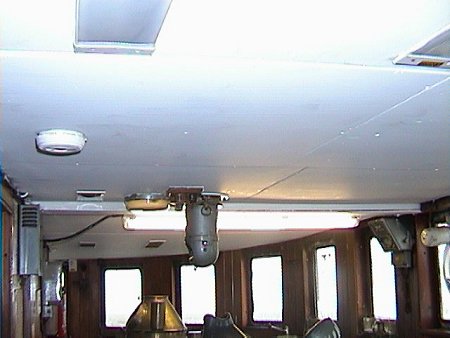 The "core" crew for the week consisted of Peter Clayton, Darren, Richard Kutschreutter (from Holland), yours truly, and Darrens wife who is an excellent cook. Over the Easter weekend, we also had George (from Telford), and Sietse Brouwer and his son (Folkert). Visitors during the week included Andy Riley, Vic Maddox, Dave Francis, Dave Foster & son, and Peter Messingfeld & daughter. Buzby Bob and family were spotted on the quayside but didn't quite make it out to the ship!

More pipework is going back into the engine room. Tommy the welder has been busy on deck manufacturing new fittings, whilst others have been down in the bowels fitting them (I should point out that Tommy is now 76 years old, and has the dedication to the ship that is sadly lacking in others a fraction of his age). Work progresses on extending the battery perated emergency lighting system into the TX room and generator room, where it did not previously reach. (The generator room is the most obvious place you would expect to find emergency lighting, but there you go.....) The woodwork in the bridge has been sanded and varnished, and parts of the transmitter room and generator room have been panted. Two AC generators have also partly been cleaned and repainted.

Now that the main bilge line has been replaced, the bilge pump has been stripped and overhauled, and now appears to work, although we cannot test it properly by pumping the bilges into the harbour!! Work has started on the oil/water separator for the bilge pump, this unit has been out of action for some time, and parts of it have been cannibalised. This will allow the water in the bilges to be separated, and pumped overboard, whilst the oil and scum can be tanked up for processing.

The Ross has now had a digital sat box installed (although it has now come back home with me!) and we have spent the weekend getting to grips with digital reception on a boat. The analogue was a bit like the good old days as it would slowly fade into the noise and come back a few minutes later, but the digital just emits a few squeaks and stops. The biggest problem was the strong easterly winds which were continuously blowing the dish round (the dish has to be reasonably free to move so we can swing it round as the ship moves in the tides and wind). However, a suitable piece of heavy earth wire wrapped round a strategic point finally managed to keep it on track.

Crew over the weekend were Peter Clayton, Tommy the welder, Tommy Bolton, Mick, John C and yours truly.