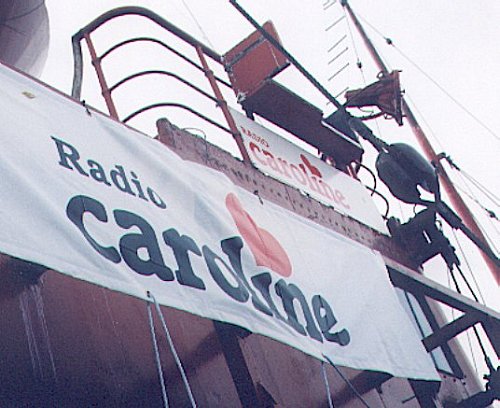 First an apology. I am sorry about the quality of the pictures this week but the battery in my camera ran out and a lot a warming was required to get even these pictures.


At 0001 on the 1st October the Caroline bell and theme tune once again burst onto the medium waveband. A studio full of excited onlookers watched as the first lady of offshore radio came back to life on a "tranny". After a few hours of adjustments to the equipment Caroline officially started at 0900. 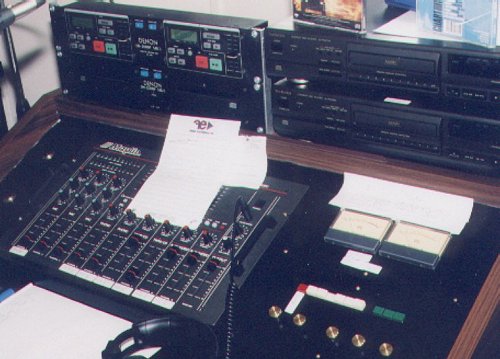 This broadcast has been achieved due to the perseverance and dogged determination of John Day and this willing associates.


The day time programming is a mix of old and new, with the evenings being devoted to rock and the midnight hours to album rock tracks. Messages from listeners have mostly approved of that format.


The on-air studio is situated in the bridge, giving a good view all around to the presenters. Below the bridge is the production studio, with the transmitter on the deck below in a locked cage. 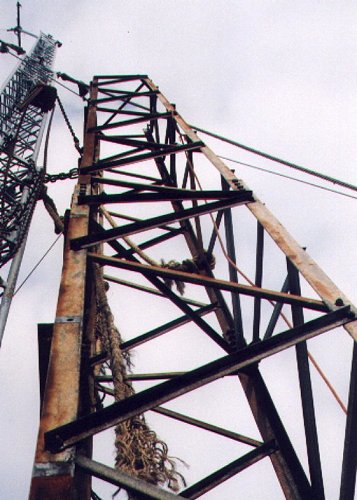 Whilst the initial signal was poor, reception reports are all now commenting the quality and strength of the signal, it being considerably better than previous broadcasts from the ship. It has been suggested that we may be using an enormous amount of power but that is not the case. The transmitted signal is so clean, with NO harmonics, that all power is radiated on 1503 kc/s and nowhere else. We are using a home made signal processor and not the usual Optimod.


The transmitter is the large object on the left of the picture showing the transmitter room. It does not use any transistors and after the initial tuning has required no further attention. The remainder of the equipment in the picture is, I believe, for monitoring the performance of the transmitter.


The only slight problem we had was on Wednesday when a fuse on deck blew and silenced us for a while. Whilst on Thursday and passing storm produced so much static in the air that as we tried to pump watts up the aerial the weather was pumping it down at the same rate. However, a modification
taking about 3 minutes sorted that problem out. 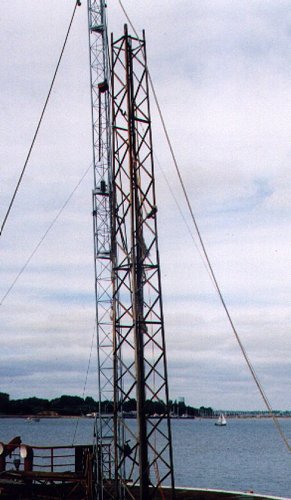 The new mast is well on the way to being fully erected and rigged and it should be fully up by Sunday, depending on weather.


Reception reports have come from Lincolnshire, Kent, Sussex, Norfolk, Northumberland, Cambridgeshire, Holland, Germany, Belgium and of course, from our good friends in Scandinavia.


We are on the internet via Keconnect and have received a message from a listener in Australia. Keconnect have bent over backwards to get us on the air and have our gratitude for overcoming several hurdles to achieve this and with good quality.


Having been on the air for a few days things are now settling into a smooth routine and things can only get better as time progresses. 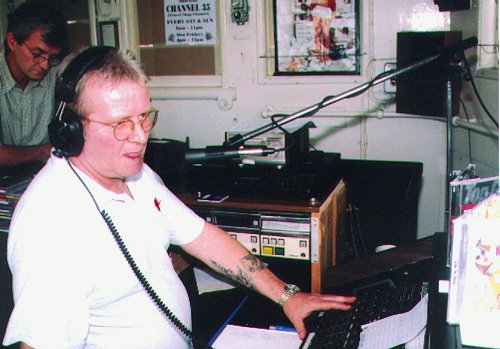 We now have an almost fully functioning ship. We even have satellite television, well we would if we could get the remote to work. The last item to be restored is the central heating which only requires a small back plate and then everything will be complete on board. 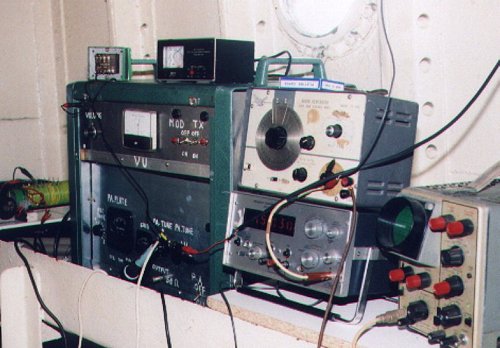