The M.V. Ross Revenge in Strood

On a very hot Saturday afternoon, the 12th July, I took a drive over to Strood/Rochester in Kent to look at the Ross Revenge in its new home. I took with me a very able guide, Barry Crompton from Herne Bay, who knows the Medway towns well. Hence he directed me to a boat yard, which had an excellent close up view of the old girl. This was on the Rochester side of the river. From here the ship is certainly a lot closer to shore than what she was at Queenborough.

We then went over the road bridge to the Strood side of the river, which also had the advantage of having a pub near to our vantage point. Unfortunately they did not serve any real ale, but after been in the very hot sun for so long, a cold Guiness went down well! The sea level that the Ross is in is very low, as can be seen in my photos, but it should be noted that the tide was going out at the time. You will also notice that the Ross has a Russian submaine as one of it's neighbours!

I normally take 35mm pictures, have them developed and then scan them for publishing on Martin's site, but as my camera unfortunately currently back in Northampton and I'm in Kent, I used the photo facility on my Sony DV camcorder. This produced fairly good results, but not quite up to the standard I normally try to give you. It certainly got the pictures to you a lot quicker. I was also able to switch between photo and video mode, enabling me to take some nice digital video footage. 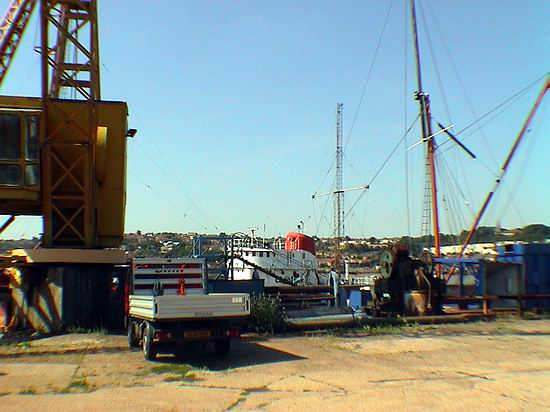 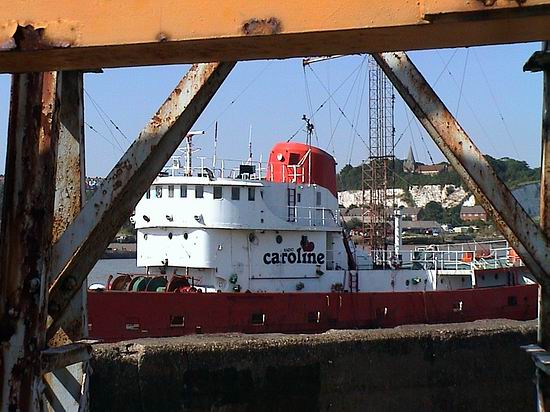 Through the metal work 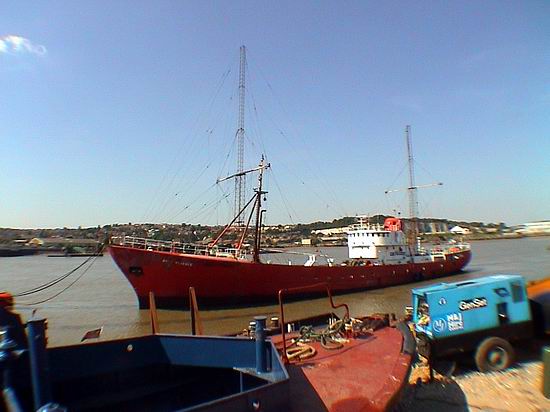 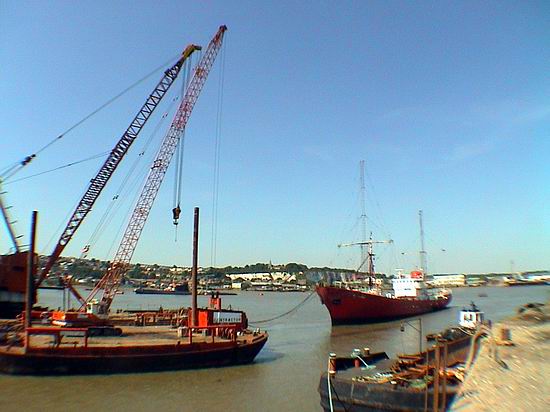 Cranes at the ready 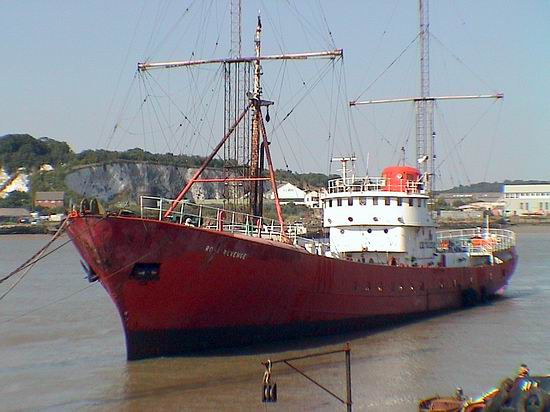 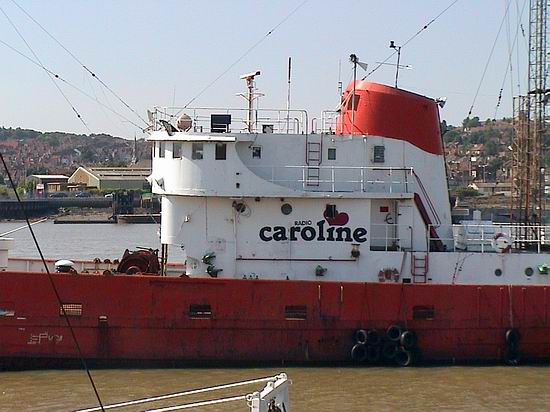 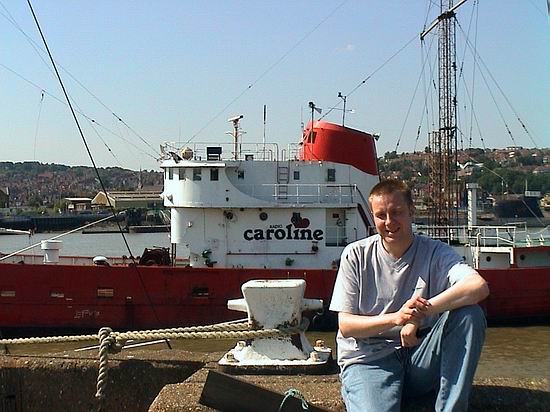 Steve all hot and bothered 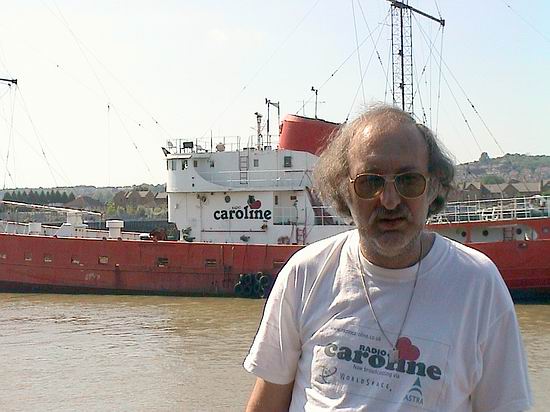 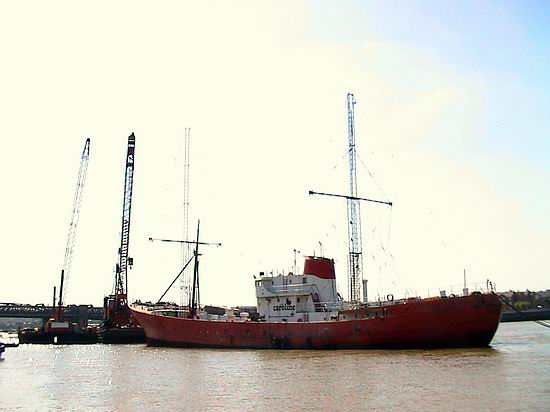 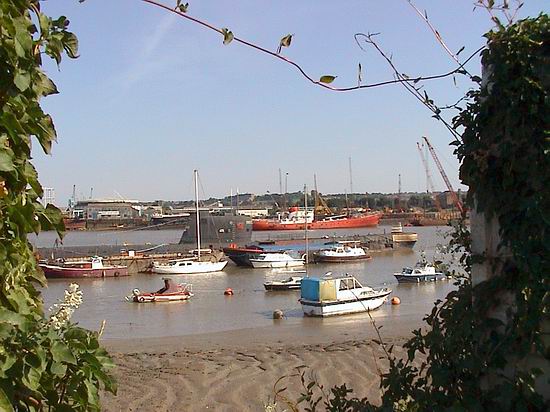 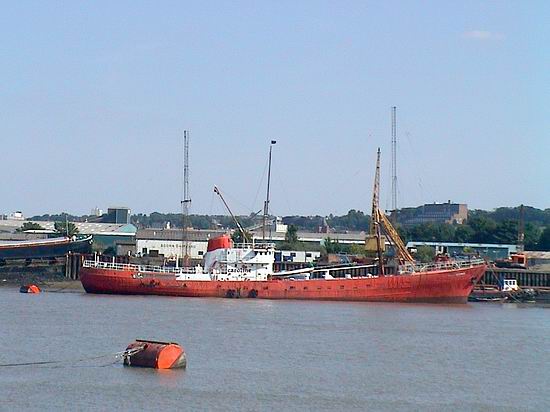 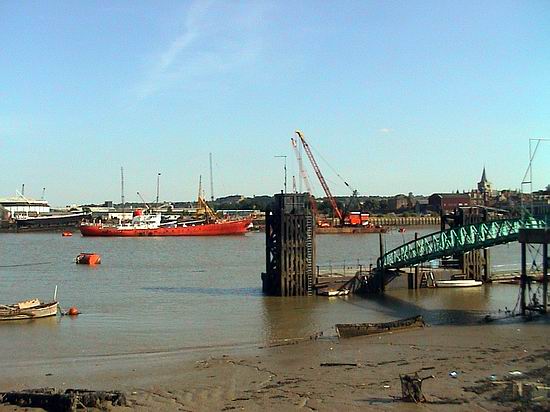 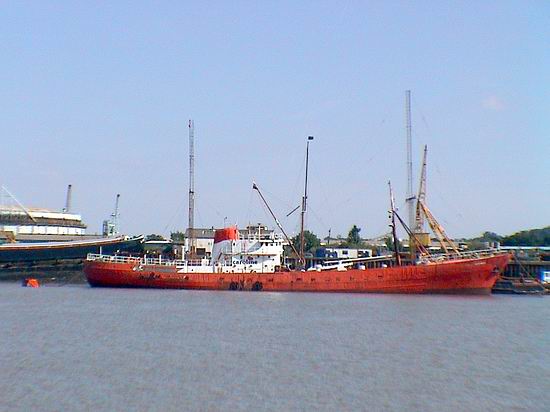 All pictures taken by Steve Szmidt