On Saturday 28th August 2004 I visited the Ross Revenge at the Tilbury landing stage in Essex. Whilst I was on board Pandora was on air and had as one of her guests German Caroline's very own Peter Och. It was nice to meet and chat with Peter, who had travelled up from Brighton, on the South Coast of England, where he was staying with friends. Other presenters who were on board at the time of my visit were John Patrick, Graham L. Hall, Dave Foster, Jim Ross, Andrew Austin, Steve Dacks, Nigel "Skull" Roberts and even Nigel Harris was lurking around, but there was no sign of Ryan. By the way, those of you who have been missing Mr Woodman's afternoon shows may be pleased to know he can be heard on Easy Radio (London), which is available on Sky Digital Channel 923. He presents the afternoon "Easy Jukebox" programme. I know Caroline will now loose most of it's listeners at this time!

During my time on the Ross it was also nice to meet a few friendly supporters, all of whom were working on board as volunteers (tour guides etc.). These included Kim Fisher from Margate, who was making visitors hot liquid refreshments, Roland Beaney from Romsey, Pete Anderson, my old mate from Birmingham, Alan Beech, who showed me his pride and joy, the 1278 AM transmitter and the aerial rig to go with it and the friendly Peter Smith, whose company PC Estates sponsors the Tuesday evening 60's and 70's show.

You will see that one of my photographs is of John Patrick, who I caught reading the "Anorak Nation" website! Naughty, naughty. I hope you enjoy seeing this and my other pictures.

During my visit I was interested to hear the comments of one presenter, who believes that no radio station can ever make money from broadcasting on Sky Digital. Knowing the guys background, this was the voice of experience. He said the problem with broadcasting on this platform is proving to potential advertisers how many listeners you have and in his opinion the only way forward is on DAB. How much has been raised for the EPG fund? The last I heard was around �7000. If this ever reaches the target of �20,000, will it be worth such an investment?

The RSL finishes tomorrow at midnight (3rd). I wonder if DLT and Paul Burnett will put in a last minute appearance! Even without them, the 1278 broadcasts and Ross Revenge "open days" over the last month have been a great success. Well done to everyone concerned. 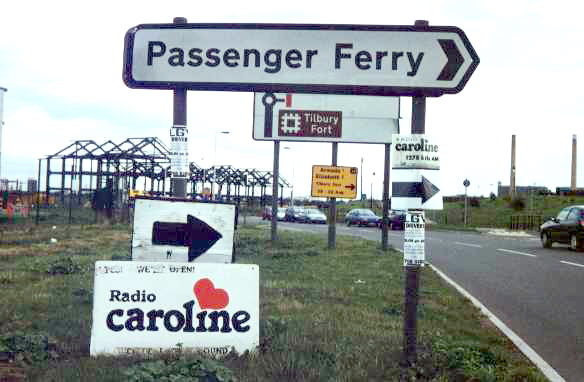 Signs for Ross Revenge, accross road from bridge on to Tilbury landing stage 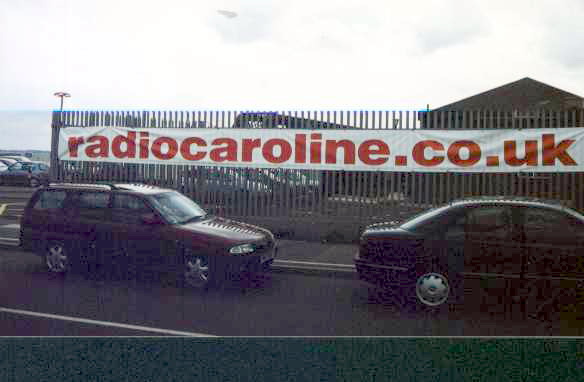 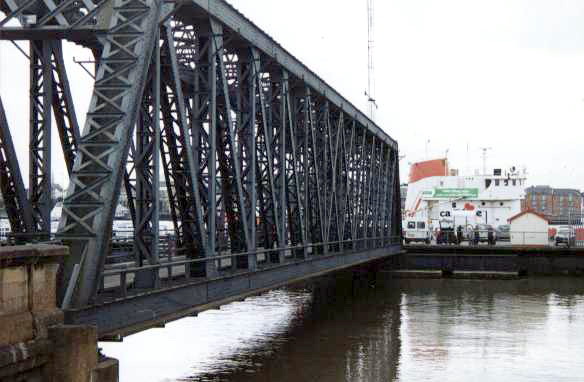 Bridge on to Tilbury landing stage with Ross Revenge 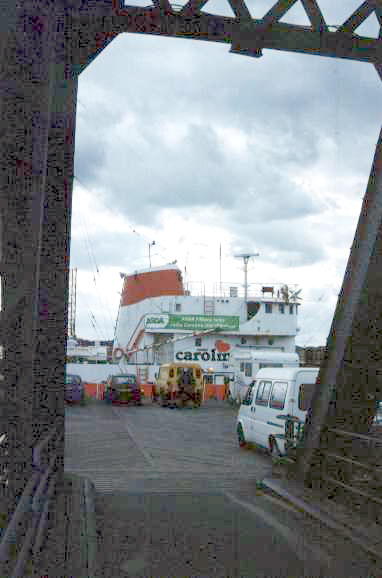 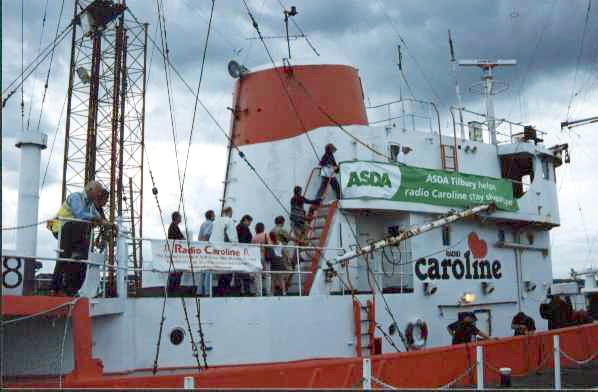 Start of a tour on the Ross Revenge 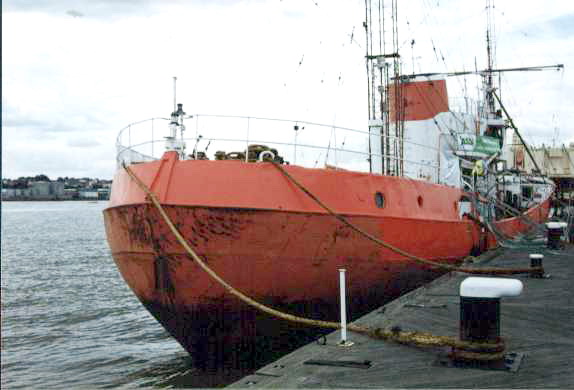 Ross Revenge all tied up 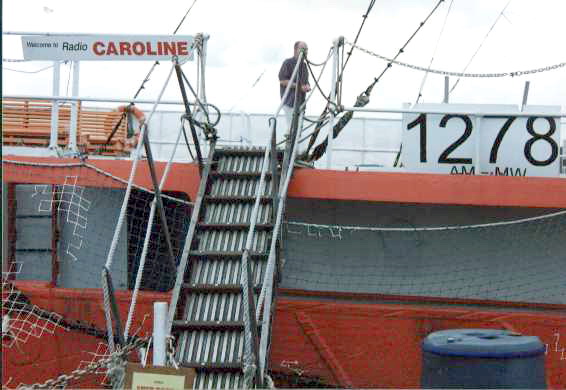 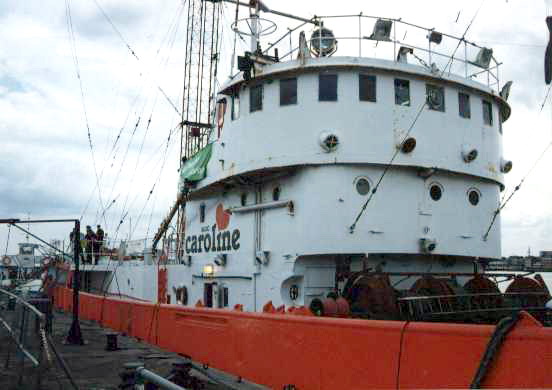 Another view of the Ross Revenge at Tilbury landing stage 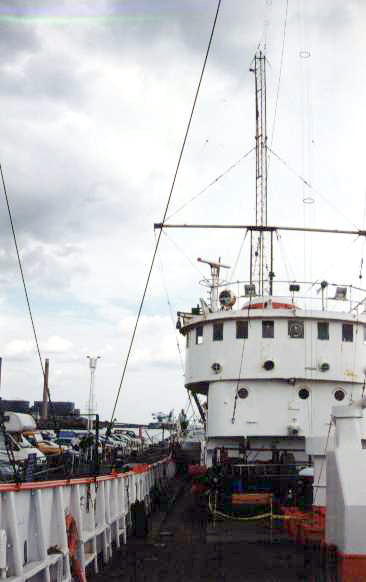 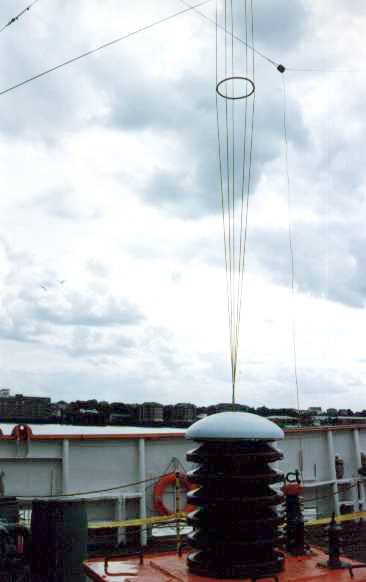 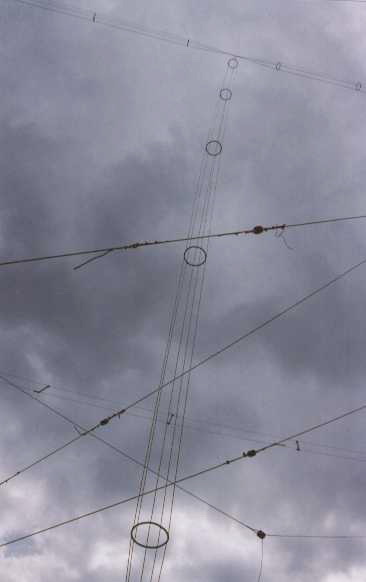 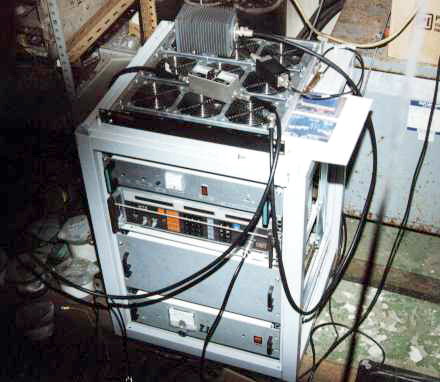 1278 AM Transmitter built by Alan Beech 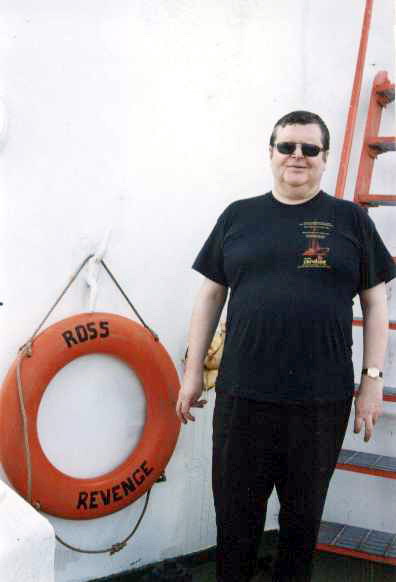 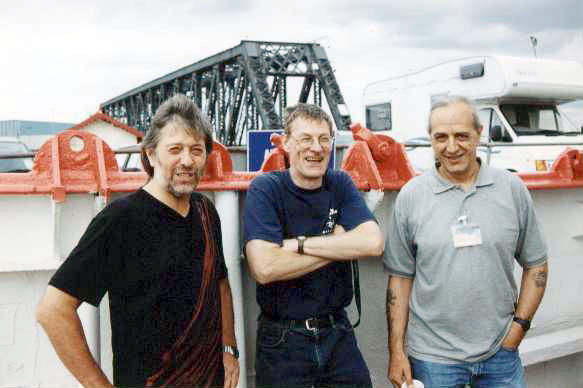 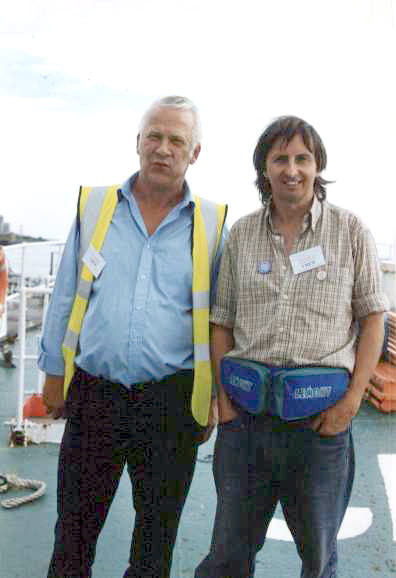 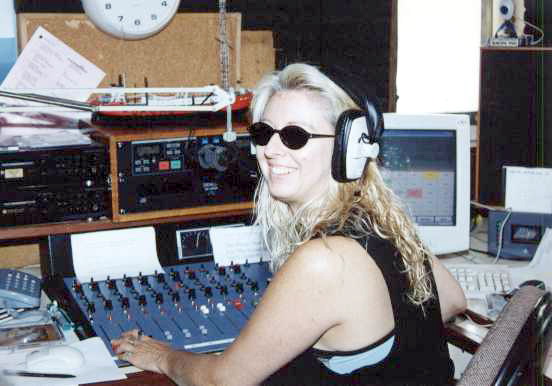 Pandora ending her programme to make way for Jim Ross 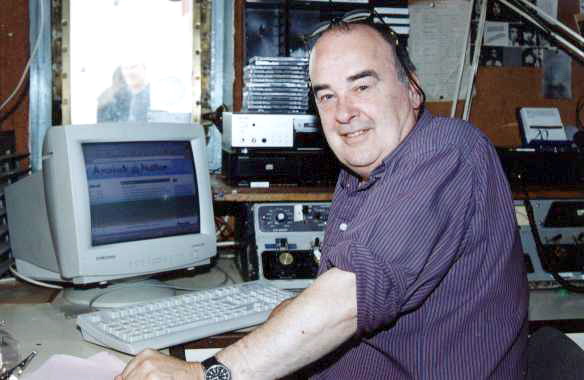 John Patrick caught in the act looking at the Anorak Nation website!

All pictures taken by Steve Szmidt